Here are the honorable mentions! This list is composed of entries that had a special flair that deserve recognition for their distinct effort or weirdness. We’ll be posting the prize winners on Friday! 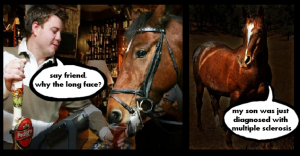 Most Obsessive
“Five Word Summaries” by Robbie A.
Writeups on Every Comic
As a followup to his previous entry, he wrote another couple hundred summaries of the comics that show that we are wasting our time with extra words and pictures. 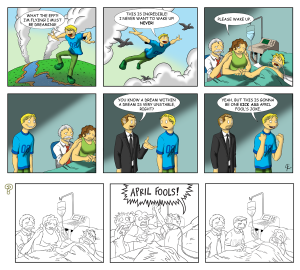 Most Flattering
ASP-Style Comics by J.D.
They say that imitation is the sincerest form of flattery, but outside of a contest it’s a lawsuit.

Most Participant
Haiku by Bill J.
Poem based on “Heredity”
Way to put your back into it, Bill.

Thanks for your time and hard work in entering the contest, everyone! We really appreciate it. Stay tuned Friday for the winners!